Can I Erase An Arrest From My Record? Expungements in Virginia 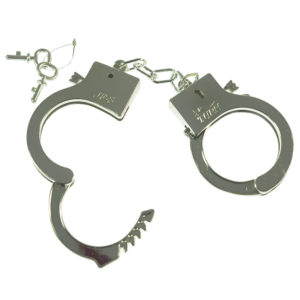 Sometimes prospective clients want to erase their past legal difficulties.  They’re concerned that their youthful foolishness isn’t as trivial as they convinced their parents back in the day.  Youthful legal indiscretions may have adverse implications for future background checks, jobs or promotions.  Will a security clearance be denied?  Will a Straight -A son or daughter’s underage drinking arrest hurt in the quest for an Ivy League education?  Most often I can’t affirmatively predict whether it will or will not.  But, when two equally talented people apply for the same job, and one has an arrest for shoplifting, the answer is likely clear.  In some cases an expungement might be the way to revise those past bad choices.

Who qualifies for an expungement?

First and foremost, if you have been convicted of a crime, you are not eligible for an expungement, no matter how ridiculous the charge was or how light the punishment.  Expungements in Virginia are only given to the “innocent.”

The innocence question leads to a second requirement that causes great confusion.  Does a dismissal of charges entered by a court after an arrested person complies with court-ordered terms of a suspended imposition of sentence qualify as “innocent?”   These types of “sentences” or “dispositions” are common.  A minor in possession of alcohol, first offense possession of drugs, first offense domestic assault charges can all, in the right cases, be dismissed after the defendant complies with probationary terms.   Importantly convictions are avoided, however the charges themselves, that is, the arrest records, cannot be expunged.  Remember, there must be “innocence.”

The Virginia Code sets the rules for expungements in the Commonwealth.  If a person is charged with the commission of a crime and is (1) acquitted or (2) the charge is nolle prossed (dropped) or otherwise dismissed an expungement is possible.

I’ve received calls from upset people saying that their attorney told them that a charge would “automatically” be dismissed only to find that the arrest record reared its ugly head during a random record check.  It’s likely that the client misunderstood because the law’s clear.  Except for certain juvenile charges which over time are expunged, expungement do not automatically occur upon an acquittal or nolle pros. You must file a request listing the relevant facts and requesting expungement of police and court records.  To obtain an expungement, essentially a new lawsuit must be filed in the circuit court where the charge was brought. It is not done as part of the original case.

The best thing you can do to keep expungement viable is in the in the negotiations for the original charge.

If you feel strongly about securing a later expungement of yours or your child’s arrest record, let your attorney know during the criminal phase of the case.  In plea negotiations, I will often recommend to the Commonwealth attorney a suspended disposition with terms, for instance community service and substance abuse evaluation or treatment. If it agrees, the Commonwealth will then continue the case for several months to allow the client time to complete the agreed terms.  If the client completes the terms, the Commonwealth will nolle pros or dismiss the case.  When the conditions and nolle pros/dismissal are advanced by the Commonwealth and not the court, an expungement may be awarded, which is not the case if the court imposes the conditions.  Be aware.  Frustratingly, not all jurisdictions agree to suspended dispositions.

If you are desire an expungement, or have questions about you eligibility, feel free to contact me or the other attorneys at Land, Carroll & Blair. 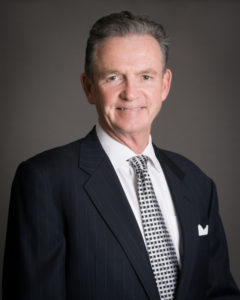 You knew one was coming, right? After all, we’re attorneys. Nothing in this article is or should be considered legal advice. This article forms no lawyer-client relationship. Consult an attorney about your situation. WE SPECIFICALLY DISCLAIM ANY REPRESENTATIONS OR WARRANTIES, EXPRESS OR IMPLIED, INCLUDING, WITHOUT LIMITATION, ANY REPRESENTATIONS OR WARRANTIES OF MERCHANTABILITY OR FITNESS FOR A PARTICULAR PURPOSE. We do not give tax or investment advice or advocate the purchase or sale of any security or investment. Always seek the assistance of a professional for tax, legal and investment advic

By ngreenelandcarroll | Published February 13, 2017 | Posted in Criminal Law, Expungements | Tagged criminal law, Drew Carroll, expungement, F. Andrew Carrol, law | Comments Off on Can I Erase An Arrest From My Record? Expungements in Virginia

We will respond to your inquiry in a timely fashion. Thank you.